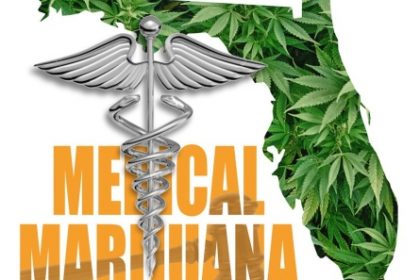 Known as Amendment 2 (the Amendment), it authorizes the use of marijuana for debilitating medical conditions. The Amendment was an overwhelming success. It garnered over 71% of the vote, more than 10 percentage points above the required 60% supermajority for a Constitutional amendment. Yet nearly a year later, Florida’s MMJ program is nowhere near full implementation.

The Office of Medical Marijuana Use (OMMU), which is charged with the duty of rolling out Florida’s MMJ program, is embroiled in litigation and has requested a significant increase in funding for legal costs in 2018. The OMMU missed a statutorily mandated deadline to issue MMJ licenses. State ID cards, a requirement for MMJ patients, are significantly backlogged.

What’s going on with Florida? There is no simple answer, though at a minimum it appears that the OMMU is woefully ill-equipped to handle the rollout, particularly in the face of legal challenges which should have been anticipated.

On January 18, 2017, the Florida Department of Health released a list of proposed rules for regulating medical marijuana. Considered to be too restrictive, the Florida Legislature stepped in and enacted Senate Bill 8A (SB 8A), the Medical Use of Marijuana Act, in a special session on June 9, which Governor Scott signed into law on June 23. Among other things, SB 8A bans smoking marijuana. That provision is being challenged in court by the People United for Medical Marijuana, who claim that SB 8A runs afoul of the Amendment. No decision has been entered in that case.

Another lawsuit filed in September challenges as unconstitutional SB 8A’s requirement that one of ten initial licenses go to a black farmer who is both (1) a grower who was part of settled lawsuits regarding discrimination against black farmers by the federal government, and (2) a member of the Black Farmers and Agriculturalists Association-Florida Chapter. The plaintiff is seeking an injunction on the issuance of licenses. Christian Bax, the controversial executive director of the OMMU, blames this lawsuit for OMMU’s failure to issue ten licenses by the statutorily mandated deadline of October 3. According to Bax, the OMMU cannot issue licenses while the lawsuit is pending.

In response to heated questions by State Senators on October 24, Bax stated, “The prospect of moving forward of accepting licenses with the injunctive hearing looming creates both a logistical and legal problem.” This explanation was challenged by several Senators who contend that OMMU not only can, but must, issue licenses absent a Court order directing it otherwise. Senate Health Policy Chairwoman Dana Young responded to Bax by asserting that the OMMU has, “a duty under our state laws to issue these licenses, regardless of whether some plaintiff files a lawsuit.”

Meanwhile, only 20,000 of over 46,000 registered patients have received the State-mandated ID cards necessary to purchase MMJ. This backlog will likely continue. The registry grows by an estimated 300 patients per day, and the contract awarding processing and manufacturing of the cards has been challenged. Automated Health Systems filed a challenge after Florida’s Office of Medical Marijuana Use notified finalists that it intended to award the contract to Veritec Solutions, LLC.

Certainly, much of this is growing pains. It is exceedingly difficult to create an entire statewide medical program from scratch, and any state creating an MMJ program can expect complications. However, it also seems clear that the agencies charged with implementing the law in Florida have been batted around by uncertainty and unnecessarily cowed by litigation, much of which should have been anticipated. Let’s hope that Florida can get back on track, and quickly.